I am a certified Pedorthist

We are committed to getting it right! We want you to be completely happy with your shoe lift. If you have questions or concerns please don’t hesitate to contact us. We want you continue doing business with us for many years to come!

We all want to make an effort to make our world a cleaner, and healthier place right?

Well we think repairing and recycling old shoes is a great way to help in this cause. Boot and shoe repair uses far less natural resources and energy than it take to make new shoes and does not produce all the harmful pollution it puts in our air and our landfills.

Footwear isn’t just part of your wardrobe, it is an investment. If you spend your money wisely,  the return will be you get more value for your dollar, more comfort, better foot health.
When you utilize shoe and boot repair services, not only do you save money, you save the environment!

We want to exceed your expectations.

Wherever you are in the United States, if you’re looking for the best place to find top quality external shoe elevation, internal heel lift, shoe repair, boot repair, and custom orthotics, you couldn’t have come to a better place!

We serve individuals from all parts of the country who have leg length discrepancies as well as those who need help with relieving foot pain from diabetic neuropathy, healing foot ulcers, and a whole host of other foot related ailments.

We know how challenging it can be for people with leg length discrepancies, diabetic foot issues, and foot ulcers.

Buddy, the owner, is a Certified Pedorthist. We are a small mom and pop shop in Georgia. We customize custom shoe lift and internal shoe lifts to prescription for a leg length discrepancy. This also helps people with their gait, back, knee, and foot pain. We are a full-service shoe repair shop and do custom orthotics. Because of Covid-19 we have went to a completely online service and perfected an easy 3 step process to get your shoes in the mail quick and easy.

What is a Pedorthist?

A Pedorthist is the title of a professional who has specialized training to modify footwear and employ supportive devices to address condition which effects the feet and lower limbs. They specialize in helping people with neuropathy pain, and the healing of foot ulcers.

He worked on and off in the shoe repair business and during times when he moved away from shoe repair, he was busy trying his hand at other businesses. At one point he had a limousine service and construction, but he has always had a passion for helping people that had a leg length discrepancy and shoe repair in general. He decided to would find a job doing what he loved.  He was lucky because he did not just find a job but was presented with the opportunity to take over the ownership of Lilburn Shoe Repair and Pedorthics.

Established in 1977, the original owner of Lilburn Shoe was one of the pioneers in Pedorthics and actually helped write a number of the books on the subject. Fortunately for Buddy and our customers, the previous owner agreed to stay on for another year. Buddy took advantage of this and learned everything about Pedorthics under his tutelage.

Shoe repair is among the oldest forms of recycling. Repairing your shoes has kept some 62 million pairs of shoes out of landfills and on consumers feet each year.

Originally, shoes were made one at a time by hand, often by groups of shoemakers, or cobblers. In the 18th century, dozens or more of masters, journeymen and apprentices would labor together in a shop, dividing up the work. A customer could come into a shop and be individually measured. Then return to pick up their new shoes in as little as a day.

Now almost all shoes are made on a volume basis by machines, rather than by a craftsman. A pair of shoes, made today according to traditional practices, can be sold for thousands of dollars.

Shoemakers may produce a range of footwear items, including shoes, boots, sandals, clogs and moccasins. Such items are generally made of leather,
wood, rubber, plastic, jute or other plant material, and often consist of multiple parts for better durability of the sole, stitched to a leather upper part.

Trades that engage in shoemaking have included the cordwainer’s and cobbler’s trades. The term cobbler was originally used pejoratively to indicate that someone did not know their craft; in the 18th century it became a term for those who repaired shoes but did not know enough to make them.

Why should you get your Shoes Repaired?

Print the order form and free shipping label to get your shoe in the mail today! 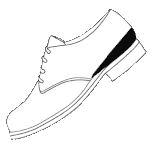 Need less than 1/4″ shoe lift? You may want to try an internal shoe lift. Check it out! 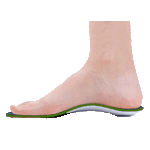 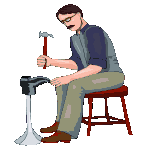 If you love them, get them repaired. We’re here to answer your questions!

See What People Are Saying